How often have you felt alone and disconnected from everyone around you?

How often have you felt alone and disconnected from everyone around you? Is this the real you? Or are you merely pretending to be alone?

Oftentimes we crawl into a private space of being alone to create an awareness of what we are not. Doesn’t make sense? Try this.

Imagine All the People coming from a place where they can act in a grand play. There are no limits or constraints. You can become any character you want or desire. All the People have free-will choice before, during and after the play and there are “no rules” ….so you can change any part of your role at anytime.

All of us who have volunteered to come to this global theater are invited to a pre-stage meeting. There is universal agreement that we will all initially pretend to be separate and disconnected. However; since there are no rules, should you re-discover the truth —that we are one— in the course of your role, then this too is allowed.

Why would All the People pretend to be alone?

Before All the People came to participate in this hologram or matrix they were composed in perfect love. Those who have come here have wanted to co-create in this tangible play without the greatest natural resource ever known…. perfect love. To forge matter and clay absent of this truth provides for an tangible understanding for All the People of this most fundamental universal element of their being.

All the People create many roles of being alone, yet it is only a act. Appreciate the choices created by the many professional actors and actresses. Reaching beyond the veil or stage curtains to become aware of the special affects.

Remembering the stagehand’s tricks isn’t difficult…it’s just a choice to become reacquainted with the reality behind the veil. Some of the People aren’t interested in remembering that they’re acting in a play. So All the People are cautioned not to awaken those who are deep in their roles.

All the People use a variety of different expressions of being alone but you can recognize these acts and their truths. Now it is time for Some of the People to recognize their acts and remember these truths.

We the People often feel separate even while physically existing with friends, co-workers, and intimate partners. This act is our greatest achievement and it is recognized through character traits of; busyness, procrastination, manipulation, accommodation, interrogation, and being “physically there but not in the moment.”

Truth: It is impossible to disconnect from the Universal body

We the People sometimes turn to project our roles on each other with mannerisms of; anger, aloofness, control, laziness, correction, “I have nothing to say”, cockiness, unworthiness, isolation, shyness, “no one understands”, judgement and defensiveness.

Truth: Your relationships with others is the beginning of your (re)connecting.

We the People can always feel the difference between our cast role and our true selves with remembrance of: Cast roles – stuck, lethargic, superior, vulnerable, and unequal. True self – Peace, serene, fluid, energetic and balanced.

Truth: Perfect love is never separate. For it is impossible to disjoin the giving versus the receiving.

Uniting All the People

We the People should be encouraged to the truth in our participation of a grand play. It is only an act. Your character is yours to change. The role of uniting All the People is too but a choice. Is it your guise to remain alone and separate? Or will you join Some of the People in extending a hand that we have come from one place?

Next time you crawl into a private space of being alone to create an awareness of what you are not. We the People understand but we reach out in love and truth should you want to connect and remember that we are all one. 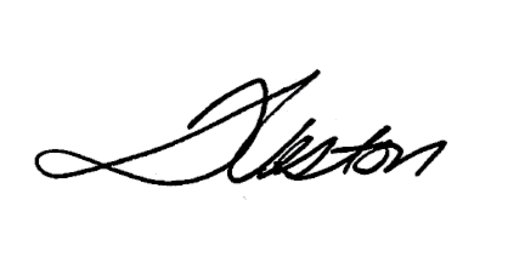